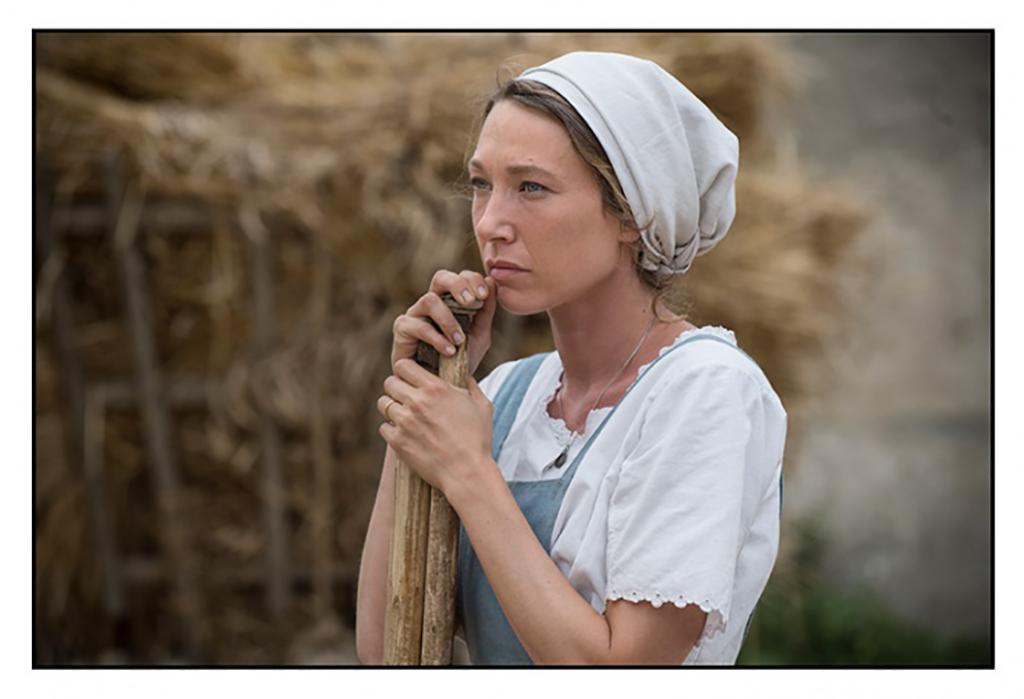 The Guardians is an astonishingly beautiful movie. In the hands of French writer/director Xavier Beauvois and writer Marie-Julie Maille, their movie becomes art. Just sink in and feel the effects of the silences and colors as they envelop what is unfolding on screen. This story is an important piece of history seen through the eyes of women.

The time is 1915, World War I. In France, men were leaving the farms that were the gut of their country to go to war. The focus here is the huge acreage of the Abbott farm. In the absence of the men, Hortense Abbott (Nathalie Baye) is running the farm with her daughter Solange (Laura Smet) and a very few others. She hires Francine (Iris Bry), a lone woman with a deep work ethic, to help with the coming harvest.

There it begins. Raking, seeding, and harvesting – all with hand tools – rakes and sickles. In that pre-machine age the physical strength of women vs that of their absent men is tested to its limits. The first hour concentrates on filming this work under the changing light of dawn, midday, and dusk. The audience gains a deep understanding of these women and their work. They must grow the grain, harvest it, and sell it or they will lose the farm while the men are at war.

After we have been shown the pressures and the risks, we see the women begin to interact. When Francine, the only non-family member, falls for Hortense’s son Georges (Cyril Descours), a more familiar movie plot unfolds. In a wide misunderstanding, the family turns on Francine while Georges is at war.

Everyone is weakening under the relentless physical work while emotional issues have injected anger and judgement into the family. Even as the movie switches from the physical toll to unfolding personal dramas, the glorious, changing light delivers magic to the audience. For the first time someone has made a movie about a war fought by men without making us endure battle scenes. What we learn is that when the men went off in that pre-industrial age, the women had to hold the country together by feeding it. As it nears the end, we realize that WWI was the catalyst that eliminated farming by hand as the dominant feature of the world’s culture.

Nathalie Baye is the center strength of the story. She leads the women in the demands of their overwhelming physical work with quiet but absolute authority and yet delivers the fragility that is hiding right under her surface. Iris Bry’s Francine, who has been quiet as the non-family new hire, shows us the strength of a woman when it is demanded. In her fine performance, she is also the perfect symbol of how World War I changed the world’s culture forever. And as we watch, the women, the farm, and the vanishing culture are all bathed in a quiet, changing light that reduces the audience to appreciative silence.